Adhesive tape rolls as a source of infection

Adhesive tape rolls as a source of infection 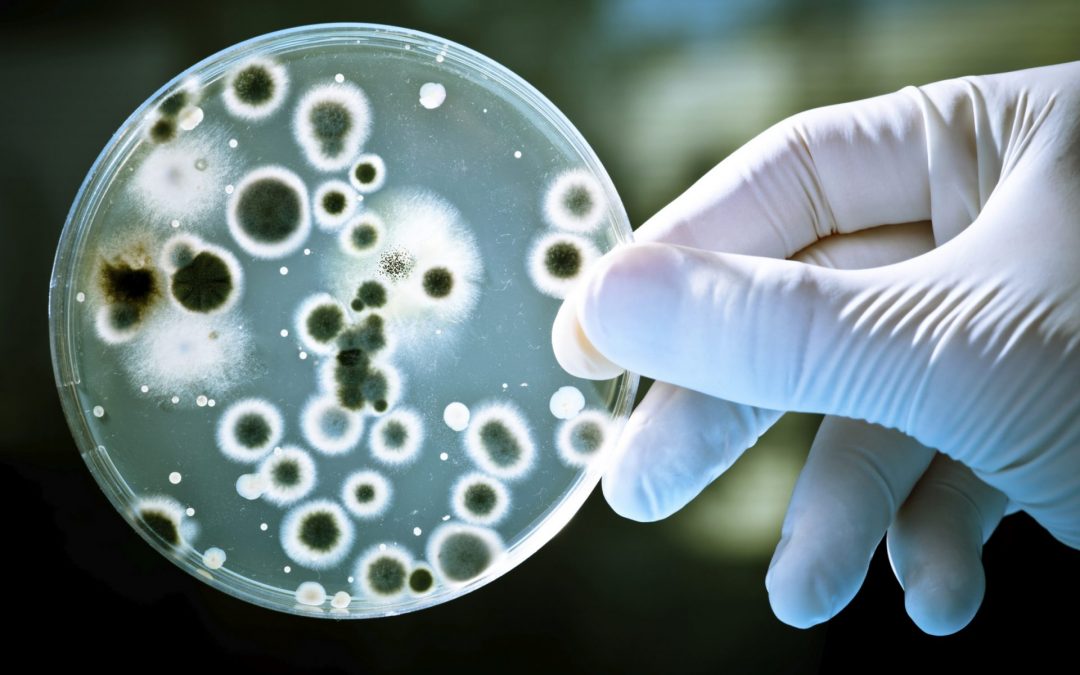 Growth of Bacteria Under Adhesive Tapes

Adhesive tapes affect bacteria beneath them by the degree of occlusion produced by the adhesive and/or the backing as well as by the intrinsic antibacterial action of some adhesives.
Five representative tapes were compared to plastic film in studies on the proliferation of the normal human skin flora and the fate of inoculated Staphylococcus aureus.
The occlusive nonantibacterial tapes induced populations of more than a million organisms per square centimeter and permitted the multiplication of S aureus. Population levels of the same order as untreated dry skin were maintained by one nonocclusive and the antibacterial tapes while one nonocclusive tape gave intermediate results.

“… Rolls of tape cannot be decontaminated and can serve as a source of contamination for both facility personnel and patients. Tape rolls must be dedicated to a single patient, or disposed of after patient use.” — United States Department of Health and Human Services, Centers for Medicare & Medicaid Services, 42 CFR Parts 405, 410, 413 et al., Medicare and Medicaid Programs; Conditions for Coverage for End-Stage Renal Disease Facilities; Final Rule, Federal Register, Vol. 73, No. 73, April 15, 2008, Rules and Regulations.(13-15)

Medical Tape: A Foundation of Care

Medical tape is used on practically all hospital patients, from newborns to the elderly, in the emergency room and in a number of departments within the hospital. Common uses are for wound closure, intravenous (IV) therapy or other procedures. It is a rare patient who does not encounter tape.(1) Redelmeier and Livesley (1999) consider adhesive tape to be a unique piece of medical equipment because it is almost never washed or sterilized after its package is initially opened. They also indicate a roll of tape may be used by and for many individuals and therefore can be exposed to several patients and clinicians.(2)

Lavelle (2004) states that most surgical tapes are supplied clean, rather than sterile, yet this does not guarantee they will remain clean in a clinical setting. She notes that rolls of tape are often found in clinicians’ pockets or drawers, hanging from stethoscopes or IV poles, or placed on counters. In reviewing a study by Redelmeier and Livesley, Lavelle explains they investigated the incidence of microorganisms cultured from the outside of a porous, plastic surgical tape. None of the tape taken directly from unopened boxes had bacterial contamination. However, 74 percent of samples taken from 40 partially-used rolls, from various sites within the hospital, had some bacterial growth.(3)

Other studies have shown that medical tapes, once opened and put into use can be sources of contamination. In a recent study published in January 2012, which evaluated tapes collected at three hospitals in the Hunter New England Area Health Service, Harris, et al. (2012) concluded that surgical tapes are frequently contaminated with multidrug-resistant organisms.(4) Berkowitz (1974) recovered Staphylococcus aureus, Pseudomonas aeruginosa and various species of Enterobacteriaceae in a seven-day study of 23 rolls of adhesive tape being used in a 16-bed intensive care unit.(5) Wilcox, et al. (2000) studied a five-year outbreak of methicillin-susceptible Staphylococcus aureus among 202 babies in a neonatal unit in which the infection was related to an adhesive used as a skin protectant.(6) Also, studies of mucormycosis by Alsuwaida(7) and an extensive literature review of 169 mucormycosis cases by Rammaert, et al. (2012) identified instances in which adhesive bandages were the source of contamination.(8) Additional studies of medical tapes and cross-contamination have been published by Dickinson (1998)(9) and Everett (1979).(10)

Bacteria: Long-Lived and Transmissible from Fomites

Common pathogens can survive on hospital surfaces (known as fomites) for prolonged periods of time. According to Arias, who cites data adapted from Kramer, et al., these can include methicillin-resistant Staphylococcus aureus (MRSA), vancomycin-resistant Enterococcus (VRE), Clostridium difficile, Acinetobacter species and noroviruses. Except for norovirus, these organisms can create antimicrobial resistance problems and are among the most common causes of hospital acquired infections in intensive care units.(11)
Arias also indicates transmission of microorganisms from inanimate surfaces has previously been a subject of controversy but explains there is now increasing evidence that contaminated inanimate surfaces, especially those frequently touched by hand, can contribute to the spread of healthcare-associated pathogens. Transmission can occur when a healthcare workers’ hands or gloves touch contaminated surfaces then touch patients.(11) Multiple incidences of hand transmission of microorganisms are also cited by Pittet, et al. (2006) in discussing their evidence-based model for hand transmission during patient care and the role of improved practices.(12)

Dedicating a Tape Roll to a Single High-Risk Patient

To reduce the risk of bacterial transmission and cross-contamination in high risk patients, such as patients receiving dialysis for end stage renal disease, both United States federal and Centers for Disease Control and Prevention (CDC) guidelines advocate dedicating a roll of tape to a single patient.(13,14) As stated in the U.S. Federal Register, “…rolls of tape cannot be decontaminated and can serve as a source of contamination for both facility personnel and patients…tape rolls must be dedicated to a single patient, or disposed of after patient use.”(15)
Jennie Edmundson Hospital, part of Nebraska Methodist Health System, removed all rolls of tape from the IV start trays and other common storage areas in the patient room in 2010. As a time saver for the nurse, and to decrease the risk of cross contamination, a short roll of tape is included in a pre-packaged IV start kit. The infection prevention nurse and the infusion nurse collaborated with materials management to define the new set-up.

An Economical Solution to Reduce Cross-Contamination

To address both the risk cross-contamination and the issue of tape wastage, hospitals can use single patient rolls of tape, which are generally 1.5 yards instead of 10 yards. These are available in a variety of types from 3M Company. Harris, et al. (2012) recommend the use of short tape rolls for single patients stating, “Short rolls of surgical adhesive tape should be supplied in sealed packets and used for individual patients…and discarded after use.”(4) These shorter tape rolls provide adequate length for most patients while reducing tape wastage contribution to the waste stream and decreasing hospital costs. They also enable hospitals to comply with federal and CDC guidelines by dedicating rolls of tape to high-risk patients, thereby reducing the risk of cross-contamination and HAIs, and improving the standard of patient care.
Kari L Love RN, MS, is clinical quality specialist/infection prevention for Nebraska Methodist Health System, Jennie Edmundson Hospital.
Editor’s note: See the January 2013 print issue of ICT for accompanying tables.